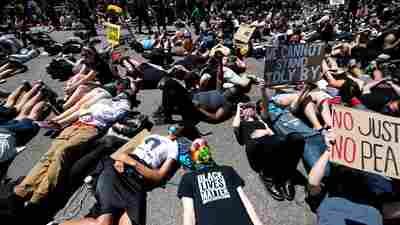 Demonstrators lie on the ground while yelling I can’t breathe for nine minutes during a protest of the death of George Floyd in Denver on May 30, 2020.

Officials in Minneapolis promised a stronger response to protests over the death of George Floyd as police and demonstrators across the nation continue to clash.